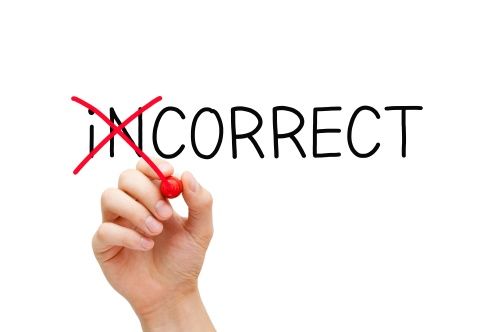 In French, people win money (“gagnent de l’argent”) whether they work, play at the casino, or receive a prize. In English, it’s not quite so simple. One earns money by working, but wins money by being lucky. Therefore, one says: “I won the lottery” or “I won a fortune at roulette”, but “he earns a living the hard way”.

Mistake n°9: “I have worked for them since two years.”

Very often, our French students don’t know if they should translate “depuis” by “since” or “for”. Yet the rule is easy and clear. One uses “since” to talk about the precise moment when something unfinished started and “for” to talk about a duration of time. Therefore, “since” is always followed by a date or an hour and “for” by a period of time. For example, one says: “I haven’t gone to Italy since 2011”, but “I haven’t gone to Italy for four years.”

Mistake n°9 corrected: “I have worked for them for two years.” 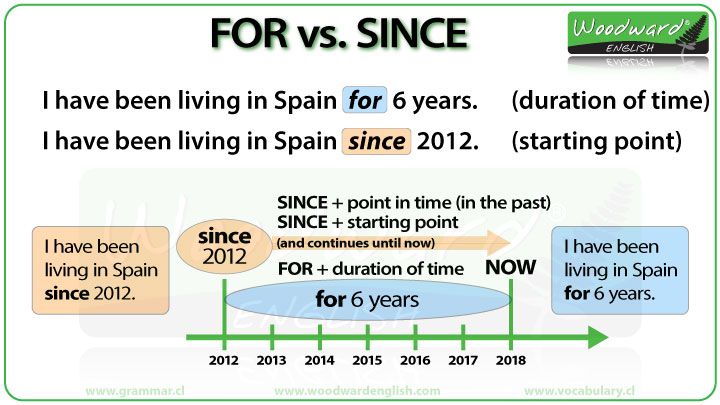 Mistake n°8: “He explained me how to solve the problem.”

Mistake n°8 corrected: “He explained (to me) how to solve the problem.”

Big mistake that proves once more how dangerous it is to translate literally from French to English. In this case, the French say “être d’accord avec quelqu’un”, but in English “être d’accord” is replaced by the verb “agree”. Therefore, you should never say “I am agree”, but simply “I agree”.

Mistake n°7 corrected: “I agree with you.”

“I will arrive to finish my report by 7pm.” That’s the typical kind of French mistake we keep hearing in our English classes via Skype. In English, “to arrive” cannot be used in the sense of being able to do something like in French (ex.: “je n’arrive pas à ouvrir cette bouteille”): it only means to arrive physically in a place. “If you don’t arrive on time, we’ll have to leave without you.”

« If you don’t arrive on time, we’ll have to leave without you. »

Mistake n°5: “Do you went to work yesterday?”

A real classic to start our Top 5. “Do” questions in English are translated in French by “est-ce que…?”. However, in French, “est-ce que” never changes regardless of the tense of the question. Therefore one says: “Est-ce que tu es allée au restaurant hier soir?” and “Est-ce que tu vas au restaurant demain soir?”. It’s the principal verb – “avoir” – that determines the tense of the sentence. In English, on the contrary, the “do” determines the tense, not the principal verb. Therefore, one must say “Did you go to the restaurant?” and not “Do you went to the restaurant?”.

Mistake n°5 corrected: « Did you go to work yesterday? »

Mistake n°4: Not knowing how to pronounce the past participles of regular verbs

In English, the rules of how past participles of regular verbs should be pronounced are clear. If the verb ends with –ded ou –ted, you should pronounce “id” (ex.: divided, united, inspected…), and if the verb doesn’t finish with –ded ou –ted, you should pronounce either “d” (ex.: closed, opened, loved…) or “t” (ex.: asked, talked, attacked…). That’s the basis. Other rules determine when to pronounce “d” or “t”, but they aren’t so important given that a mispronunciation between a “d” and a “t” is barely audible. On the other hand, to pronounce “id” instead of “d” or “t” (or vice-versa) is a mistake that never goes unnoticed.

Perhaps the single most irritating mistake for an English teacher. It’s hard to say how many times we’ve had to correct this mistake with our French-speaking students. Just as hard to say is why this mistake is so difficult to get rid of, given that the French translation – “ça depend” – shouldn’t be at all misleading.

Again “depend” makes it in the Top 3 of our ranking. This time, the mistake is more understandable (literal translation of “dépendre de”), but that doesn’t make it any easier to eradicate. And just when you think you’ve finally won the battle against “depend of”, other wrong versions creep up like “depend for”, “depend about”, etc. AAARGH!

Mistake n°2 corrected: “It depends on the weather.”

Mistake n°1: Knowing when to use Present Perfect

The biggest mistakes made by our French students are linked to the Present Perfect, so let’s take the time to clearly explain this tense. You use the Present Perfect to talk about things that start in the past and continue until now. For example: “I have never gone to Australia.” In this sentence, the person speaking indicates that he has never gone to Australia from the moment of his birth until now. On the other hand, if an event starts and finishes in the past, we use the Past Simple. For example: « I went to Australia five years ago. »

So one should say:

Voilà! Those were the ten most common mistakes French people make in English. We hope they will help you to improve faster.

If, during your studies, you feel you need live classes with true professionals, then don’t hesitate to sign up for one of our free trial lessons. We’re looking forward to meeting you and showing you what we can do!