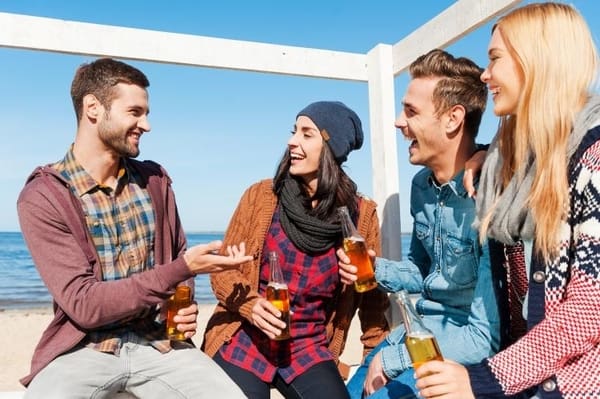 Learning and properly using slang is arguably one of the most difficult—but necessary—aspects of speaking a language like a native. Using American slang correctly is often a question of context; you may recognize a word you know in the conversation, but it doesn’t seem to have anything to do with the topic. That’s probably because it’s slang! For example, imagine my confusion when I was talking to a Spaniard one day about a movie and she said, “es la leche!” It turns out that in this context “es la leche” means “it’s the best,” not “it’s the milk.” Lesson learned.

Today, I’m going to break down 10 common American English words and their slang meanings. There are plenty of usage examples so that you can use these yourself in conversation and start speaking like a native in no time. 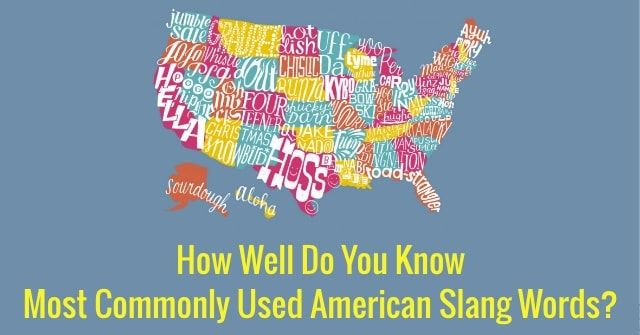 Cool (adj.) To show that you understand or are agreeing to something; that you forgive someone.

If you watch any American television shows or movies, then you’ve probably heard this word used to describe something or someone as awesome, good, fun, etc. But it can also be used in to express agreement or forgiveness. Cool?

Rob: Hey Dan, I’m so sorry I missed your birthday party. I hope you can forgive me.

Rob: Awesome. I’m going to come by your house tonight to drop off your gift, is that cool?

Sweet (adj.) When something is really awesome or cool.

Similar to cool, sweet is another way of describing something that you like.

Wow Jesse, that’s a sweet tattoo! Did it hurt?

Heavy (adj.) When something is really intense or serious.

Have you ever seen a film that was really sad, or been in a situation where somebody shares something deeply personal about themself with you? Those types of situations are heavy.

Cheesy (adj.) When something is overly sentimental or inauthentic.

No, we’re not talking about pizza here! If you really hate romantic comedies, for example, it’s probably because you think they’re cheesy.

“I hate the movie Titanic. I think the plot is really cheesy.”

“The decorations in this restaurant are so cheesy. They’re trying too hard!”

Google (v.) To search for information on Google.

Yes, Google! In 2006, “Google” was added as an official word to the Oxford English Dictionary. Don’t believe me? Google it.

Sandra: Hey Paul, what was the name of that restaurant we went to in Rome?

Paul: I don’t remember. Why don’t you google it?

Crash (v.) To sleep at someone else’s house; to go to sleep; to attend an event you were not invited to.

“I’m going to be visiting Los Angeles next month! Would it be cool if I crashed at your place for a couple of days?”

“The bride was really upset because her brother’s friends crashed her wedding.”

Swing (v.) To go to a place, usually for a short period of time.

If you’ve ever gone to a place, but with the intention of only staying a few minutes, then you’ve probably swung by.

“I’m really busy today, but I can swing by your office for a few minutes.”

Food, movies, shows, books—it all can be trash, depending on your opinion.

“What happened here? It looks like this house was trashed!”

“I don’t know why everybody likes this book. I think it’s trash.”

Bench (v.) In sports, when the coach doesn’t allow you to play and you have to sit on the bench.

If you’re like me and you aren’t very good at sports, then you probably know what it’s like to be benched!

Come on coach, put me in the game! You’ve had me benched for 20 minutes!

Chill (adj.) A person or thing that is cool or relaxed; to indicate that something is ok or forgiven; (v.) the act of relaxing.

Last but certainly not least is my favorite slang word, chill. Chill can be used as both an adjective and a verb, but the meaning is essentially the same.

Eric: I know! She used to be so chill, but now she’s being crazy!

“Don’t worry about paying me back, it’s chill.”

Put your American slang to good use

Not so bad, right? Now that you know these American English slang words, you’ll be able to understand more of the references in your favorite movies, shows, and songs, and of course, in real conversation too. And don’t be afraid to use them yourself! Practice makes perfect, and the more you practice your English, the more you’ll sound like a native speaker.