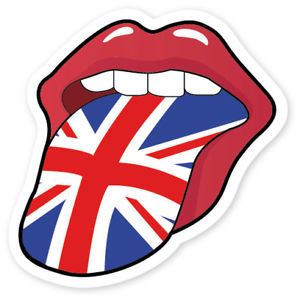 23 Typical British Expressions You Must Learn To Understand The Brits! 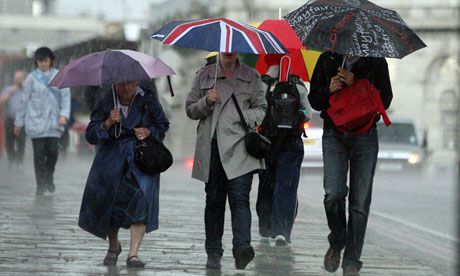 When you learn English, or any other foreign language for that matter, whether it be with English lessons with a native teacher or on your own, surely one of the most difficult parts, but at the same time one of the most enriching, is to understand natives when they use vividly colorful expressions specific to their country and their culture.

For students, learning idioms, expressions, phrasal verbs and typical lingo can be quite challenging but to reach an advanced level it is a right of passage.

If you are learning British English before going to live an experience in the United Kingdom, this article will help you integrate by teaching you some of the most typical British expressions Brits use on a daily basis!

A few sandwiches short of a picnic

This expression is used to describe someone who lacks common sense.

Peter is a nice bloke, but he’s a few sandwiches short of a picnic, I wouldn’t trust him to manage this project.

Dim
This word is often used to describe someone who is not very knowledgeable.
Example: After I had been talking with the man for a few minutes, I realized he was rather dim.

Example: I had such a long and busy week;  I hope I’ll get a chance to rest over the weekend. I’m cream crackered.

Cheap as chips
This means for instance that you managed to find a very good opportunity.
Example: She was looking for new shoes and found some which were cheap as chips

Gobsmacked
Synonyms: Amazed, stunned, flabbergasted.
“Gob” means mouth in slang. So if you are “gobsmacked”, you are stunned to the point of tightening your jaws of disbelief.
Example: He entered the room and as he saw a crowd of people he was gobsmacked.

Dog’s dinner
A dog’s dinner is a mess or a muddle – it can also be called a “dog’s breakfast”
Example: After she had been trying to fix the problem what we got was a dog’s dinner.

Full of beans
Being full of beans means to be full of energy or very enthusiastic.
Example: He has been working the whole day and still seems to be full  of beans!

Chuffed
Someone who is very happy or very proud to have finally achieved his goal can be described as “chuffed”.
Example: He had been hoping to join the group for a long time and he was finally invited to do so. He must be chuffed.

Doddle
An easy task can be described as a “doddle”. The origin of the word may come from “toddler” – which means “a small child”.
Example:  During his vacation he will have to prepare for two more tests, but I not sure he will do it seriously as he says “it’s a doddle”.

Codswallop
Synonym: a lie. The word can be used to say that something is not true, or has been made up to impress people.
Example: I asked him how things were going and his answer was a load of codswallop.

Cost a bomb
Very expensive, that cost a lot of money.
Example: Let’s hope they will like their new apartment. It cost a bomb.

Innit
Innit is the abbreviation of “is not it”. It is rather used by youngsters to invite the persons they are talking with to confirm or agree with something they have said.
Example: It is a very nice trip, innit?

Look after the pennies and the pounds will look after themselves
We will let you guess what this one means… If you do not find it, do a little research on the net and you will find plenty of others.

Bob’s your uncle (and Fanny’s your aunt)

This expression is used to say that something will be successful. It is the equivalent of “there you go”.  And if you add “and Fanny’s your aunt” this will make you sound even more British.
Example: I could not find the house where I was supposed to stay, so I asked a passer-by to help me. He said “go straight to the next junction and take the next right and Bob’s your uncle – you will see the house you are looking for right away.

Gutted
Someone who is “gutted” is devastated or extremely annoyed.               .
Example: I thought I could count on his help, but soon I understood that I would have to do the task by myself.  I was gutted.

To over-egg the pudding

Over-egging the pudding means to embellish, over-do or exaggerate something to the point where you can actually harm the final outcome.

By calling them too often you risk over-egging the pudding and annoying them to the point that they’ll ignore you on purpose.

Dench
The name of Judi Dench is used to advocate something that is impressing or agreeable. It is the same as saying «cool» when you use it in response to another person.
Example: He liked my plans for the party and said “Dench!”

Long
A task that will probably not be worth all the efforts that it takes can be described as “long”.
Example: It would be a good idea to sort things out in the cellar, but that would be long.

Pear-shaped
A situation which has evolved rapidly as an imminent accident could be described as “gone pear-shaped”. The expression may be an old slang one that was used by the Royal Air Force to describe expeditions or missions that went wrong.
Example: Good results were expected from this trip, but unfortunately the original plans were changed and everything went pear-shaped.

Another string to your bow
This expression means to have an additional skill that for instance can help you find a better job than the one you have.
Example: I’m planning to learn Chinese in order to add another string to my bow.

Now you are prepared to tackle the British English challenge!

This article was written by David Ergas, co-founder of Break Into English, an academy specialised in private Skype English classes (as well as other languages with native teachers) that focuses on helping students with oral expression and oral comprehension through a series of dynamic speaking and listening activities.