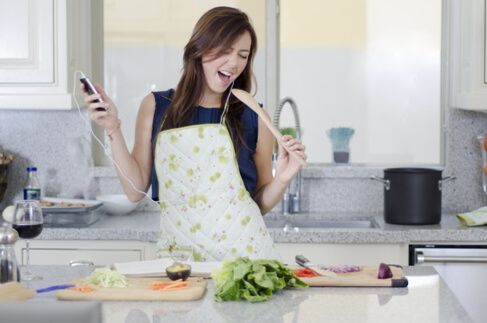 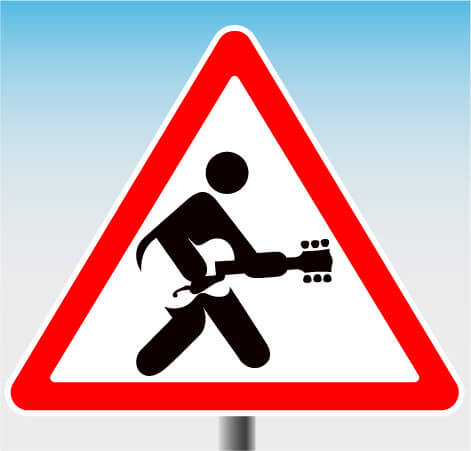 If you’re both an English learner and a music lover, you’ve probably often been surprised, confused or even shocked by English songs with bad grammar in some popular songs. There are lots of examples of ungrammatical lyrics in songs and in this article we’ve assembled some of the most famous examples, but to start with, let’s analyze the possible reasons for neglect of grammatical norms by native English-speaking singers. Is it due to some lack of education? Are they typical mistakes made by native speakers (like “less” instead of “fewer” with countable nouns)? No: the grammar mistakes we’ve chosen are clearly deliberate and were made to:

– fit some line into the melody.

– create a particular effect such as carelessness, rebelliousness, denial, etc.

– attract the listener’s attention to some hidden meaning of the song.

But, as they say, a picture is worth a thousand words, so let’s take a look at four famous English songs with bad grammar whose titles are highly ungrammatical:

The mistake: Here, “ain’t” is the informal contraction of “is not” which means that “Is not no sunshine” would be the complete version of the title, an ungrammatical sentence because of the double negation “not no”.

Probable explanation: I think Bill Withers chose “Ain’t No Sunshine” simply because it sounds good and also because the double negation emphasizes the fact that there REALLY is no sunshine when his loved one is gone.

The mistake: The transitive verb “lay” (which must be followed by a direct object) is used instead of the intransitive verb “lie” (which should not be followed by a direct object). In other words, you lie on something whereas you lay someone or something on a surface. Ex.: “He was lying on the bed when the phone rang.” / “I laid the camera delicately on the bed.”

Probable explanation: First of all, “Lie Lady Lie” would be a confusing title because “lie” can refer to the other meaning of the verb (i.e. to intentionally state something false). Then there’s the simple fact that “Lay Lady Lay” sounds better than “Lie Lady Lie”. Finally, it seems to me this choice of title is a subtle objectification of the woman in the song: as we said before, the transitive verb “lay” must be followed by a direct object, so the only way for the title “Lay Lady Lay” to work grammatically is to imagine that the lady is the object being laid on the bed (whereas in reality he is asking the lady to lie on the bed because she’s a human being who has rights and cannot be controlled). Yeah I know, it may seem a little far-fetched and complicated, but don’t forget that Bob Dylan was the first singer to receive the Nobel Prize for literature.

English songs with poor grammar that make us feel good!

Another one of the great English songs with bad grammar… The mistake: “Good” is an adjective, meaning that it modifies nouns. In order to modify verbs, you need an adverb. In this case, “well”.

The correct variant: “I fell well”

Probable explanation: Two possible explanations here, in my opinion: First of all, “I feel good” is often used in street language or what we call “slang”, so it has a more popular and vibrant feel. Secondly, “I feel good” sounds better than “I feel well” which is too proper. James Brown is an electrifying performer and a man of the streets who made his reputation on defying the rules of the white bourgeoisie (including its grammar).

What’s love got to do with it?!

Tina Turner. “What’s love got to do with it?”

The correct variant: “What does love have to do with it?”

Probable explanation: Come on, man: “What does love have to do with it?” would’ve been an awful title for a song. Too long, too polished: exactly the opposite of the feel and image Tina Turner wants to convey. And let’s not forget that “What’s love got to do with it?” is a song that goes against the traditional idea of romantic love and says that love is first and foremost a sexual affair.

There you go! I’ve given you a few examples of how songs in English are full of intentional grammar mistakes. As you can see, where music is concerned, grammatical exactitude counts much less than feeling and euphony. And, what is more, most great artists were rebel types who wanted to express their freedom and openly clash against the values and rules of the Establishment: therefore, it’s not surprising that they didn’t have the slightest hesitation to go against the rules of the English language in order to make their songs more appealing.

For more information about our English classes on Skype, please visit our site or CONTACT US directly with any doubts that you have. Our frequently asked questions page can also help you…