When using adverbs in English there are a few points that you need to know and make sure you get right.

There are many types of adverbs In English, usually though, similar to how adjectives help us describe nouns (things such as people, animals, objects, places etc.), adverbs help us describe verbs (action words). They can tell us how, how often, where or when a verb is done.

The most common way to form an adverb is by adding the ending “ly” to an adjective. There are some spelling rules to remember though: if the adjective ends in the letter “y,” it is replaced with the letter “i” and then “ly” is added. Additionally,adjectives ending in “le” also change the spelling, the final “e” is taken away and only “y” is added, while adjectives that have “ic” at the end usually add “ally” to make the adverb form.

Examples of forming and using adverbs in English :

Unfortunately, not all adverbs use “ly” at the end, there are a few adverbs that don’t follow the rules above. Some of these irregular adverbs don’t change form at all and look exactly the same as their original adjectives. Although this can seem a little confusing, try to remember that adjectives describe something while adverbs describe how you do something. Other adverbs are completely irregular with unique forms that you must memorise.

She is a fast runner / She runs fast

The test was hard / He studied hard for the test

He is a good guitarist / He plays the guitar well

Like adjectives, we can also use adverbs to compare how different actions are done. When comparing two actions we use the comparative form of adverbs, when describing the top / best action of a group we use the superlative form of adverbs. To make regular comparative adverbs, simply add “more” before the usual adverb, and similarly, to make regular superlative adverbs add “most” in front of the adverb instead. On the other hand, for irregular adverbs, their forms can be the same as the original adjective or completely unique.

To sum up, using adverbs can help us describe actions in more detail, regular adjectives end in “-ly” and are formed by adding this ending to the original adjective. Remember that irregular adverbs have unchanged or unique forms that don’t follow this rule and that, like adjectives, we can use adverbs to compare two or more actions together. Adverbs also appear very often in music too, check out these songs and see if you can spot the adverbs being used. 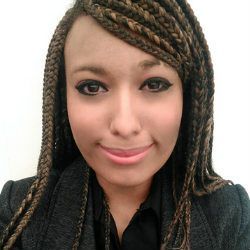 Ilaria is a senior English teacher and content writer here at break into English. Have a look at our homepage to see how you can sign up for lessons with her or another of our specialist Skype teachers!