4 Tips to Learn English When you Think it’s Impossible

You are either good at learning languages or you aren’t, right? You either have the language learning gene or you don’t. That’s what most people think. Here are 4 Tips to Learn English When you Think it’s Impossible.

I never had that gene, and at school I dreaded language classes. Whether it was French, German, or Spanish, I hated the hours spent sitting with those smelly old textbooks, copying out vocabulary and filling in sentences about monkeys under tables and cats on chairs. I was the worst in my class – and I accepted it. Learning other languages was a waste of time. I didn’t have the brain for it. And after all, I didn’t need French or Spanish anyway – everyone in the world speaks English already, right?

Fast forward fifteen years and I live in Spain, work for a Spanish company, own a house here and have a Mexican girlfriend who I communicate with in Spanish. I no longer believe I am uniquely unable to learn languages; I no longer believe in the ‘language-learning gene’, as some do. I now understand that learning languages is a question of approach and, above all, passion.

In early 2017 I made the snap decision to move to Spain. But this meant that I would have to do something I feared – start learning a language again. And this time, rather than years of high school classes, I had only a month to do it.

But rather than digging out my old textbooks, I tried a different approach, and miraculously – because, like many monoglots, I thought I was mentally incapable of learning another language – it worked. Five years later, I’m still enjoying this adventure. So how do you learn a language when you’ve spent your whole life believing you can’t? 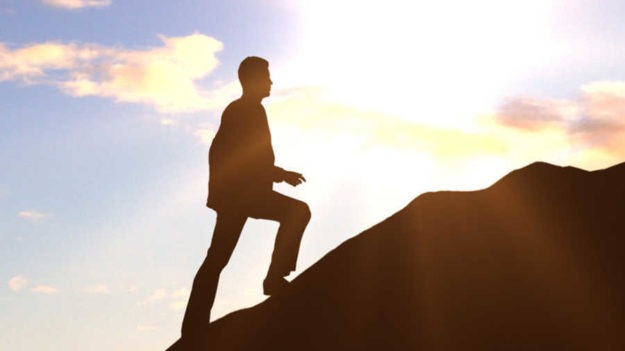 The most important thing is to make serious progress with the language before that initial period of enthusiasm wears off. Even if you use the correct techniques, learning a language can still be difficult and frustrating at times, and you need to get your brain hooked on the language before the forces of habit have a chance to convince you that you can’t do it.

Happily, the first few weeks of learning a language are when you learn the fastest. When you have B2 level and you’re trying to get to C1, it can be very difficult because in day to day conversation you rarely have the chance to learn something new.

But when you’re starting, every word you speak, every sentence you complete is a challenge and an achievement. So, set yourself a small goal and throw yourself into it. For the next month, you will dedicate at least an hour to learning the language. See what happens! After that month, when you’re on your way to speaking the language, you can set yourself bigger goals, like achieving B1 level on the CEFR scale.

Learn the most useful words in the most efficient way

65% of all written English is made up of only 300 words, and it’s the same for many other languages. It doesn’t take much to have a basic conversation in a new language – you only need to know a fraction of it.

When you’re learning a language on your own, it’s your choice what you learn first. No need to wade through textbook chapters about living room furniture and kitchen utensils before you’re ready to speak. Note down a few basic key phrases which are relevant to you: introductions, your job, what food you like, where you live, why you’re learning the language, that sort of thing. If you’re a programmer, learn the word for that. If you’re a Deliveroo driver, look up the word for that. It’s also very useful to learn how to say ‘I want’ and ‘I need’. In English, French, Spanish, Italian and many other languages, these words are a gateway to expressing more complex ideas in a simple way. If you’re learning, say, Spanish, then instead of learning ‘Dónde está el baño?’ to ask where the toilet is, for the moment you can say ‘Necesito baño’ – literally ‘I need bathroom’ – or ‘Baño dónde?’, which doesn’t sound great but lets you get the idea across in a busy Spanish restaurant. You may be speaking like a baby, but you’re speaking, and that’s the most important thing. And what’s wrong with speaking like a baby? We learn our first language like that, so why not our second?

I recommend that all my students start using an app called Anki Cards. Anki Cards is a virtual flashcard app which teaches you vocabulary very effectively. You can make your own cards (which I recommend) and also download pre-made ‘decks’ of cards from the Anki website. The app uses an algorithmic system called spaced repetition, and uses your responses to sort the cards into the order in which you need to see them to learn them the quickest. Every day, it gives you a selection of 40 cards to practice, and it shouldn’t take more than 15 minutes to get through them.

So, download the app, and make a bunch of virtual cards where side one is your own language and side two is your target language. Every time you encounter a new word or phrase, put it through Google Translate and make it into a card. I find it most effective to make one card where it’s just the word in isolation (bathroom – baño) and another where it’s in a phrase (Where is the bathroom? – Dónde está el baño?).

What are cognates? They’re words which are the same in more than one language. When we learn a new language, we rarely start from zero. There are already so many words which we know, and the only difference is the pronunciation.

For example, English shares a ton of words with Romance languages (French, Italian, Spanish, Portuguese, Romanian and others). You can thank the Normans for invading England in the 11th century and introducing these words into Old English. The vast majority of words which end in ‘-tion’ in English are very similar in all the Romance languages. Take ‘construction’. It’s exactly the same in French, in Spanish it’s ‘construcción’, in Italian ‘costruzione’, in Portuguese ‘construção’ and in Romanian ‘constructie’. Most of the ‘-tion’ words follow the same pattern, with a few small differences here and there, and are no trouble to learn. So incorporate these into the first phrases you learn and when you speak you will sound like you know a lot more than you actually do!

Speak today, and speak every day

The most important thing when learning a language is to speak it. It shouldn’t be necessary to say this, but it is, because if you went by the way schools teach languages, you would think that learning long lists of verb forms and grammar concepts is how you learn a language. It isn’t. Languages are not mathematics. They aren’t like any other school subject, and shouldn’t be taught like they are. You can’t learn a language by rote, you can only learn it by using it – by getting used to it, like a baby.

When I was learning Spanish in preparation for moving to Spain, I had a month to do it. During that month, I took a one-on-one online Spanish class almost every day. When I booked my tickets to Spain, I barely spoke a word of Spanish. By the time I got to Spain, I was having conversations in Spanish – very bad conversations – but conversations 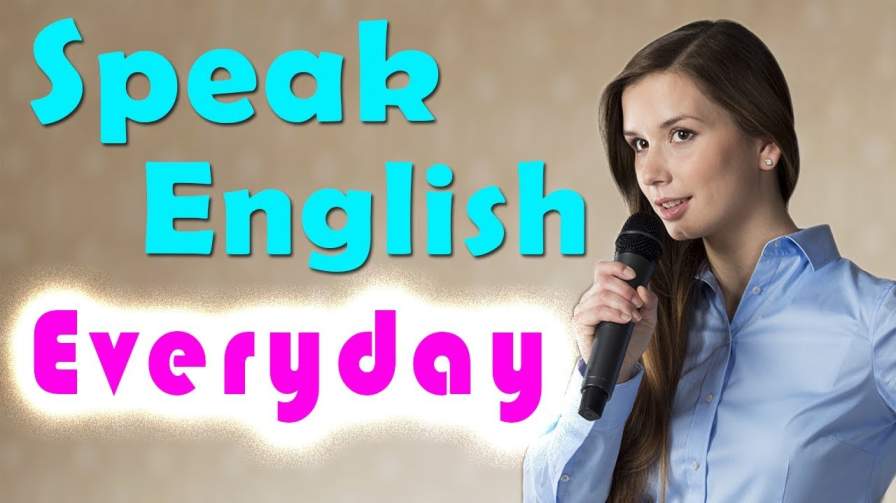 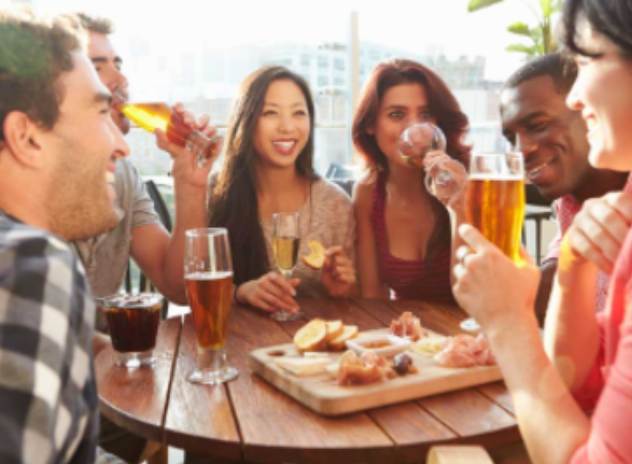 I remember almost breaking down during one of the classes as I spoke Spanish to my teacher. After 15 years of failure in school, I couldn’t believe how easy it was to learn a language.

The best way to do that is to book online classes with a native teacher. Make sure they understand that the whole lesson should be in your target language – no helping or explaining in your native language. There are a wide variety of sites you can use to do this – on some of them you pay barely anything for conversation classes with an inexperienced teacher, and on others, like Break Into English, you pay a bit more for lessons with a professional who will be more prepared and knowledgeable. At the beginning of learning a language it’s not that important – all you need is someone to talk to who can give you the occasional correction. Plus, if you’re booking classes weeks in advance it makes it more difficult for you to suddenly give up on the language if you lose motivation. Your teacher will be waiting for you, and you’ve invested money in continuing to learn.

So use the advice I’ve given to you above to learn some basic phrases, and take a few hours to prepare. Remember to learn ‘I don’t understand’ and ‘Can you repeat that?’. Then, book your first class.

During your classes, keep Google Translate open in another tab and use it whenever you get stuck. It’s not cheating, as long as you note down the words you got stuck on and remember to add them to your Anki Cards deck after the class. Then, practice those words so that you’re ready for your next class. Remember, the goal is not to be perfect, the goal at this point is to be functional. If your teacher understands you and you understand them, that is an achievement.

So, commit to speaking the language that you want to speak, and embrace the mistakes you make. Making mistakes is how you learn, and if you have a good teacher they will understand this. Your teacher will help you transform your mistakes into opportunities for improvement. Before you notice, you will be well on your way to fluency.

This article was written by Break Into English’s online teacher and blog contributor James Smyth.