Why is English Spelling So Crazy ? 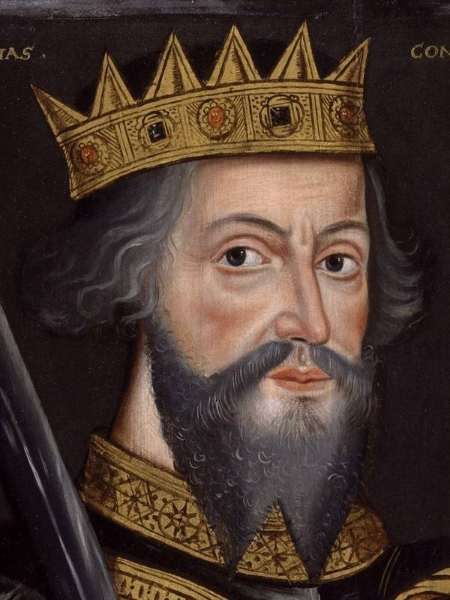 Compared to most other languages, English verbs are relatively easy to conjugate. For regular  verbs, there are a few simple rules to learn, and you simply have to get to know the odd  irregularities of the irregular ones. English spelling, however, is quite mad! Many languages are  very phonetic: what you read is what you say; English is most certainly not one of these.

If you are interested in finding out more about the topics covered in this article, be sure to check out  the ‘Click here!’ links for more interesting details and fun facts! Also, read to the end to find out  why GH-O-T-I spells ‘Fish’.

Why is English Spelling So Mixed Up!

Before we look at some examples of crazy English spelling, we need to look at some linguistic  history to understand how the English language and its spelling became so mixed up.

The Ancient History of the English Language 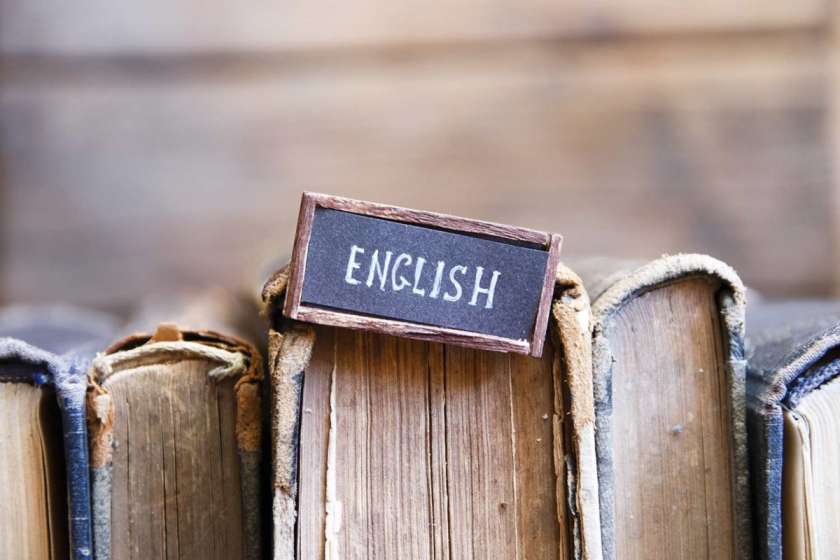 Like most modern European, Slavic, and Indo-Iranian languages, English evolved from a Proto Indo-European language that was spoken about six thousand years ago by a small group of  travelling, horse-keeping people who probably lived North of the Black Sea in the region of  present-day Ukraine and southern Russia. These early Indo-Europeans almost certainly did not have  a writing system, so they did not have to worry about spelling at all!

Indo-Europeans seem to have liked moving, and some of them settled in Scandinavia, where a  Proto-Germanic language developed from about two-and-a-half thousand to five hundred

years ago,  becoming three Germanic language branches (Western, Northern, and Eastern), with a few words  borrowed from nearby continental Celts, and some Germanic words loaned to neighbouring Proto Slavs.

About one-and-a-half thousand years ago, some speakers of Western Germanic dialects (Angles,  Saxons, Jutes, Frisians, and Franks) moved again, from the North Sea coast, across the English  Channel, to settle in what is now England. They pushed back and perhaps absorbed the Romanised Celtic Britons (who became the Welsh people), borrowing very little from Roman Latin or the  Celtic languages, so that these Western Germanic dialects became Anglo-Saxon, and then Old  English: Hence this earliest form of English was already a blend of, albeit similar, languages. Anglo  Saxon gave modern English every-day words like ‘woman’, ‘house’ and ‘loaf’.

Christian missionaries began to arrive, bringing Latin words into the young language, such as  ‘martyr’, and ‘font’.

About 1,200 [one thousand two hundred] years ago, the North-Germanic Vikings, or Norsemen  (North men), came to England from present-day Norway and Denmark, and settled with the Anglo-

Saxons. They brought many words (about 1% of modern English) into Old English. These include  ‘they’, ‘them’, ‘ransack’, and ‘die’. About a thousand years ago, an Anglo-Saxon and an Old-Norse speaking Viking settler might have quite easily learned to understand each other’s language, since  they would have been quite similar. Click here to hear such an imagined conversation in  reconstructed Anglo-Saxon Old English and Old Norse!

In 1066 [ten sixty-six], just less than a thousand years ago, William the Conqueror invaded England  and brought Norman French to the island. The Normans were more Germanic ‘North men’, but they  had lived long enough in Normandy in the north of France to be speaking a dialect of French rather  than a Germanic language. The new rulers brought 10,000 words into English, including legal terms

such as ‘judge’, ‘jury’, ‘justice’, and ‘evidence’, and words for food, like ‘beef’, ‘pork’, and  ‘mutton’; words for the animals from which these foods came remained Germanic: ‘cow’, ‘swine’,  ‘sheep’. Middle English had arrived!

After the English won the Hundred-Year War in 1453 [fourteen fifty-three], French became  devalued, and the Early Modern English period began.

In the 16th [sixteenth] Century (the 1500s [fifteen hundreds]), Early Modern English spelling began  to be settled. About this time, in 1564 [fifteen sixty-four], William Shakespeare was born.

In 1611 [sixteen eleven], the ‘King James’ or ‘Authorised’ English translation of the Bible was  published. Around the same time, Shakespeare’s plays were being written and performed.  Shakespeare invented about 2,000 words and phrases, and the new ‘Authorised’ version of the Bible  gave many beautiful expressions to the English language. From Shakespeare we get ‘eyeball’ and  ‘puppy dog’, and also ‘dauntless’, ‘besmirch’, and ‘lacklustre’, and from the King James Bible we  learned to ‘fight the good fight’ [1 Timothy 6:12], that a leopard cannot change its spots [Jeremiah  13:23], and that a soft answer turns away wrath (anger) [Proverbs 15:1].

Shakespeare and the translators of the King James Bible may have to take some of the blame for the  craziness of English spelling: There have been no major updates in spelling since Shakespeare’s  time, yet there have been many sound changes!

As the great works of Shakespeare and the King James Bible were being created, the English  language was already in the process of another major transformation, this time for reasons that are  not clear. However, perhaps because of the ongoing popularity of Shakespeare’s plays and the  beautiful new Bible, English spelling was largely set in stone. Therefore the sound of a word often  no longer matched its spelling!

Over a period of about three hundred years, between about 1400 [fourteen hundred] and 1700  [seventeen hundred], a Great Vowel Shift occurred, beginning in southern England. Nobody really  knows why, but the pronunciation of all the long vowel sounds in Middle English changed  dramatically. Some consonant sounds also changed, especially those that became silent. So Early  Modern English came to sound quite different from Middle English, but the spelling was not  updated! And students of English now have to live with the consequences!

o Some words were not affected by the ‘meat’-‘meet’ vowel merger, so ‘break’, ‘great’ and  ‘steak’ are still pronounced like ‘brake’,‘grate’ and ‘stake’.

▪ Andrea Subotic has a very entertaining video about these strange ‘gh’ words.  Click here to watch it.

▪ however, the ‘n’ is pronounced in derivative words, for example ‘solemnity’,  ‘columnar’

▪ If there is a prefix or suffix added to one of these words (with the exception of  borrowed ‘gn’ French words like ‘campaign’), the ‘g’ is pronounced, for example  in ‘agnostic’, and ‘phlegmatic’.

o The ‘p’ in ‘psyche’, ‘psychology’, and ‘psychiatry is silent

▪ Other ‘mb’ words were borrowed, and lost their ‘b’ sound, for example:

▪ Some words had a silent ‘b’ added to them! Literate people were unsure whether  some words ending in ‘m’ should have a silent ‘b’ or not, so they began to

‘hyper-correct’ and add the ‘b’ gratuitously. Examples include:

▪ With the exception of the ‘mble’ examples, derivatives of all the above ‘mb’  words keep the silent ‘b’, for example:

▪ Other examples of now-silent ‘b’ are:

▪ Note that the ‘b’ is pronounced in the following ‘mb’ words:

American English has been developing separately from British English since the United States  broke away. Some of its spelling is different, and it has some of its own vocabulary. Some words  were borrowed from native American languages, often for plants and animals.

Other European languages and the native languages of Australia, Africa, and India have also given  the English language many new words, often with more unusual, confusing spellings! A few  examples are ‘Buddha’(Sanskrit), ‘khaki’ (Hindi & Urdu), and ‘pizza’ (Italian). 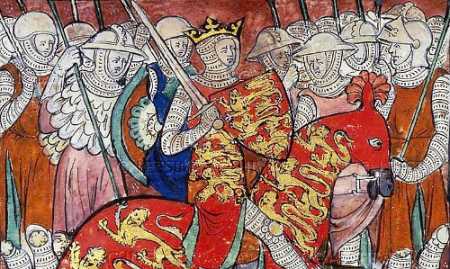 The most common vowel sound in English is the schwa sound. It is a neutral, ‘lazy’ sound, and is  only used for unstressed syllables of words.

The fact that a ‘schwa’ can be represented by any of the 5 vowel letters can cause even more confu sion to learners of English when they are trying to decide how to spell or pronounce a word!

◦ Listen to a conversation, in England in about 1,000 [one thousand] AD, between an ‘Anglo Saxon’ speaking Old English and a ‘Viking settler’ speaking Old Norse. (With Jackson  Crawford.)

▪ He includes an example sentence as it evolved from 1400 [fourteen hundred] to the  present. Click here to listen to it.

◦ Hear the evolution of the modern English word ‘wind’ over the six-thousand-years since its  Proto-Indo-European roots.

◦ Listen to the evolution of a London accent from the 14th to the 21st Centuries.

◦ In light of the new English king, you may like to listen to the evolution of the accent of  English monarchs through the ages.

◦ How Do You Pronounce This Word? (Andrea Subotic’s funny video on English ‘ough’  words)

This article was written by Break Into English’s online teacher and blog contributor Bruce Cartwright. 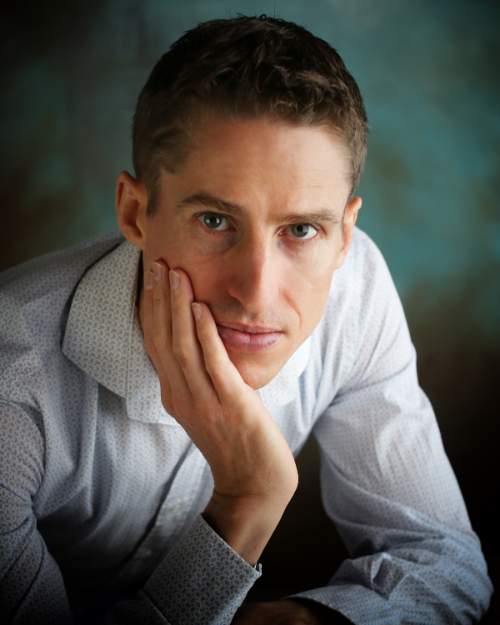